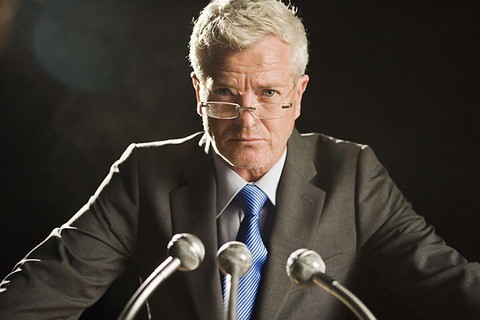 WHAT DOES THE FUTURE HOLD FOR CAR BUSINESS?

Ignoring the Elephant in the room…

In car business, especially on the retail side, we all have a tendency to ignore the elephant in the room. While the industry has enjoyed nine years of increased year over year sales, we keep ignoring what is happening on the sidelines with technology, mobility evolution and consumer trends. As we have stated in our previous communications, mobility movement is not just a phase or fashion that will eventually go away, it is born of absolute necessity to reduce metal on the roads, relieve congestion, save time and money and be kind to earth.

It is not without reason that almost all of the major manufacturers have invested heavily in ride sharing apps as well as autonomous technology. While their ultimate goal is to sell product, they also realize that if they don’t serve into the trends of society, disruptors coming from behind may eat their lunch. If you look at the investment alone in Uber at $62 Billion, Lyft at $5.5 Billion and Chinese giant Didi at $15 Billion, you realize that it is not pocket change. In addition to the major auto makers now of course Microsoft, Google, apple are also in the game in one shape or form whether it is ride share apps autonomous driving or both.
In this issue I want to bring into perspective some of these facts and their anticipated future impact on the auto retail industry in the next 10 years. According to IHS as of the end of 2016 there are 253 million vehicles on the road in the U.S. and has increased at a rate of 1.5% per year. As an example of last year, industry delivered 17.5MM cars but only scrapped 11.5 MM aged vehicles.

As of last year, 425 million people in the U.S. used rental cars, ride hail and taxis and the usage was distributed as follows:

Understanding the cost associated with the different types of transportation…

Base on the consumer trends with increased popularity of ride hail and ride share; manufacturers participation of the app and the development of specific human driven accessible shared car fleets and autonomous driving developments, in 5 years 5-7 million people are expected to give up their private cars especially in metro markets. This trend will purely be driven by economics and convenience. I also would like to share the cost of transportation today by category:
1- MASS TRANSIT : $0.50/MILE
2- PERSONAL OWNERSHIP : $1.50/MILE
3- RIDE HAILING : $2.50/MILE
4- TAXI : $6.0/MILE
5- AUTONOMOUS RIDE (FUTURE) : $ 1.0/MILE (REDUCED COST OF DRIVER)

With Increased convenience ride hailing apps and the anticipated application of autonomous driving in 5 years, the cost of ownership alone will exceed the cost of ride hail and lure consumers into giving up their privately owned vehicles. In a different chart below I wanted to display the expected distribution of light vehicle sales between segments in 2017 and the following 15 years:

As a dealer…what actions do you need to take within the next 10 years?

Subscription models introduced by Cadillac and soon by Hyundai is also the beginning of another trend to transition into shared ownership as well as simplified process and fixed cost of usage without any haggle or stress at the retail stores. So one would ask what the dealers will do in the next 10 years. Good question. The answer is in the foresight wisdom and proactive decision making. There is no question that the rental car business and the taxi companies will be the public telephone booths. As to the dealers, large size consolidations will occur to create new networks to participate in the future of operating ride share and ride hail fleets. Service departments will continue maintaining these vehicles and the rest is housing and charging and or refueling the vehicles. Be mindful though this all takes a significant adjustment in philosophy for a current dealer to be able to accept. More than anything culturally, they must have a 100% customer service approach rather then moving metal. Of course all kinds of disruptors will be right behind to get a lion’s share.
This country still has about 18,000 retail rooftops in existence, if you read the above chart, it is eminent that 7.5MM sales in 2032 will be purely autonomous luxury vehicles that appeals to a few elite. There is a huge shift of revenue and employment involved in this industry which topped $995 billion in sales, 1.1 million employees with an annual pay roll of $13.9 billion.
Our focus is to help retailers to transition into new era of mobility or maximize their assets before it is too late. See you next month.
Arlan
Arlan@tarhangroup.com